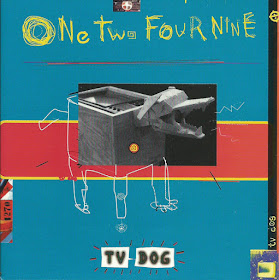 David Opp's Cadaver Eyes are touring the UK this coming March, plus I've recently heard Nada Surf's Popular after a long long time. Those are two reasons to make this post.. besides I know a few people are seeking it and it's a damn solid album so..
How the hell do I link Israeli industrial doom noise psychos to that forgotten surprising one hit wonder, you might ask yourself ? now there's a question.. let's dig in a bit lads.

After the break of 3Het, both bass player Reem Hareuveny and drummer David Oppenheim moved to New York City, Teaming up with a British guitarist named Robert Randall under them name One Two Four Nine, as Robert and Reem shared vocals duties. Now Robert here, was formerly in a group called Because Because Because with Daniel Lorca & Matthew Caws, both will continue to... drum roll.. yeah, Nada Surf. Yes, that's it, here's the useless piece of information I wasted my time to write about.
Back to business shall we ? I can't say TV Dog is a one in a kind masterpiece or anything like that, you've all heard things like that, pretty generic for it's time. But, nonetheless, this 1994 release is a top notch slowcore/indie rock/alternative creation. If you're suckers for any of those (and why wouldn't you be ?) that's a good damn one to know and brag your hipster friends about.
Self produced by the group and the aformentioned Matthew Caws, released via Toastheadman (their own label ? proto-Heart and Crossbone ?). 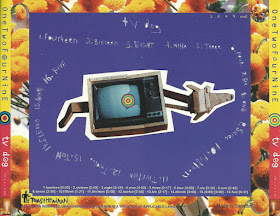 
Soon after their most "commercial" release, the pair of Reem and David continued with many other projects together and apart, doing the Scott Walker thing (as in going more extreme and more experimental), among their projects are Barbara, Mildew and Cadaver Eyes.

The latter as I said are touring this March in the UK and if you happen to live there, do yourself a favour and drop by one of their shows. I'd personally recommend going to Brighton one, where another group called 72% are also performing, and that's what they call killing two stones with one bird, cause 72% are responsible for one of the best albums of last year, and I do mean that.
Taralezh at 7:46 AM
Share